During construction, park users are encouraged to follow all detour signs and throughout the parks. Alternate routes in varying lengths are available at Andrew Brown East and West, so that users can continue to recreate with minimal impact during the project. Detour maps and alternate routes are provided below. Users should follow suggested routes to cross Denton Tap Road from Andrew Brown West to Central and should NOT cross at park entrances, where no crosswalk exists. 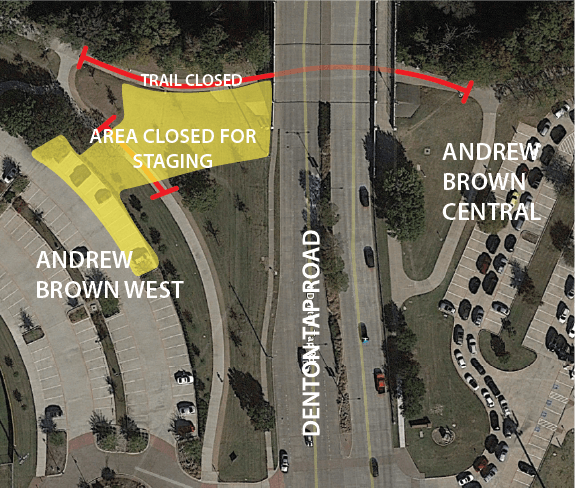 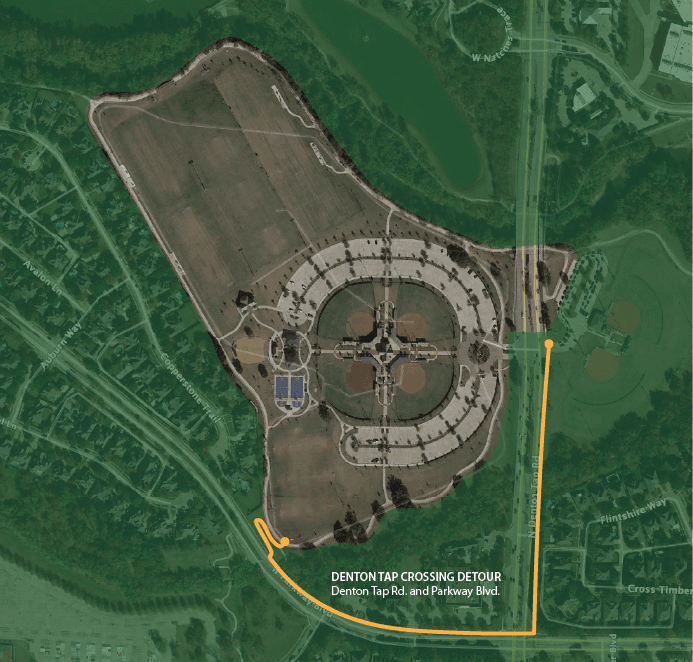 Trail users should cross Denton Tap from Andrew Brown West to Central by using the detour provided. Follow the trails along Parkway Blvd. and Denton Tap Rd. and cross at the stop light/crosswalk. Users may also cross Denton Tap to the north at Natches Trace. Street crossing is NOT advised at park entrances, where no crosswalk exists.

There are still plenty of trails to enjoy! Only a small section of the loop at Andrew Brown West will be closed during the project. Users can walk, run or ride using the detour trail shown below. The length of the Andrew Brown West detour loop trail is approximately 1.1 miles. 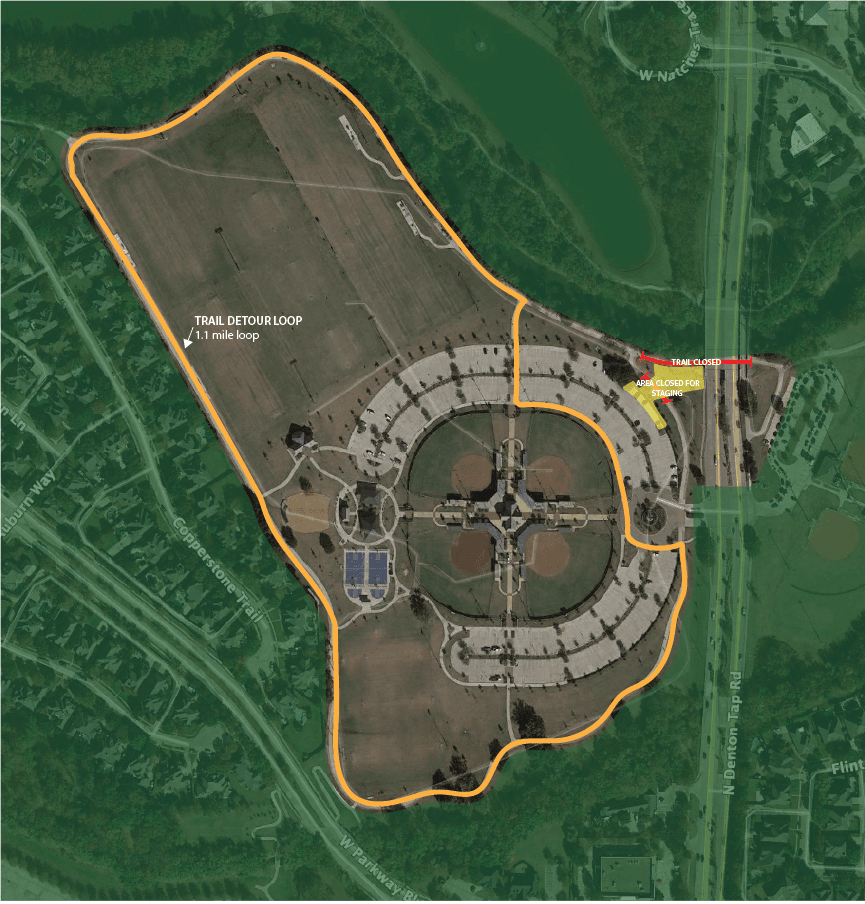