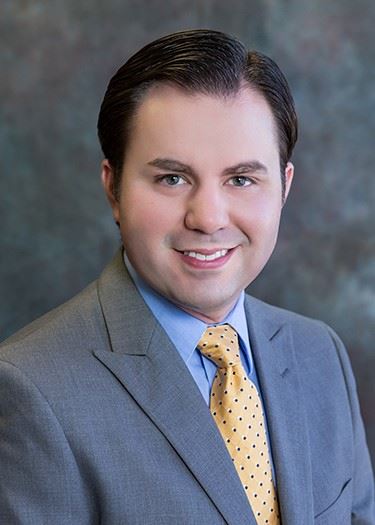 While many find the time to incorporate volunteering and serving others into their lives, it’s the foundation for Phillips. As an educator, foster parent, and specialized attorney, reaching out, giving hope, and helping those who need it most is his forte.

Growing up in the Tyler area, Phillips started his service journey as a hospital volunteer. After earning his bachelor’s and master’s degrees at Texas Tech, he went on to help run debate tournaments and school mock trials as a teacher. He now works as the communications director for Trinity Basin Preparatory, a free public charter school that focuses not only on education, but also on providing services to its students — 90 percent of whom are on the free and reduced-price lunch program.

Helping others get a leg up was also the motivation behind going to law school — something Phillips said was always on his bucket list — and starting his own law firm. His husband, a fellow attorney, describes the firm as an “access to justice” law firm in which Phillips serves clients that can’t afford high dollar legal representation, but don’t qualify for pro bono.

His latest ongoing venture — working towards becoming an attorney in guardianship — was inspired by the six children he and his husband have fostered, one of which they have adopted, and two others they are in the process of adopting. While they considered surrogacy to start their family, they knew fostering and adoption would be mutually beneficial.

“My husband has a brother who was adopted, so he saw how adoption worked and was a beneficiary of the adoption system,” Phillips said.

Their children also helped make the decision to move to and settle in Coppell. The excellent schools and close proximity to work for both parents was the initial attraction, but the community has made it a home. Phillips knew he wanted to be involved locally and began serving on the City’s Conduct Review Board before applying for the Allies in Community program — an initiative that celebrates diversity, promotes inclusivity, and encourages civic engagement.

“The Allies program was advertised and it looked like another opportunity to get involved in the community,” Phillips said. “With both of us working outside of Coppell it was important for us to be involved within the Coppell community.”

As a part of Cohort III — the third group of community members to go through the approximately nine month program — Phillips and his teammates faced the unique challenge of participating in traditionally hands on, collaborative projects in a virtual setting because of the global pandemic. However, figuring it out and making it work despite roadblocks is at the very heart of the program, so Phillips said that’s just what they did.

From collaborating and presenting on Zoom to meeting in small groups in a safe setting, the members found a way to discuss the issues surrounding inclusivity through shared experiences and discovering how these issues affect people differently. Activities included a cultural exchange of food, speakers from the City, and presentations by Allies about each persons’ heritage and how it influenced their perceptions and implicit bias throughout their lives.

For Phillips, Allies was initially a way to take a seat at the table and be a representative voice for the LGBTQ community, which he says is full of unique experiences that are often overlooked when discussing diversity. However, he was pleasantly surprised by the active participation of his fellow residents, City Council and City staff as well as the solid commitment to diversity and inclusion. He encourages others in get involved, not just in Allies, but in the community in general to bring about positive change.

“There’s room for improvement and the only way for that to happen is to have someone involved who is aware of the need for those improvements,” he said.