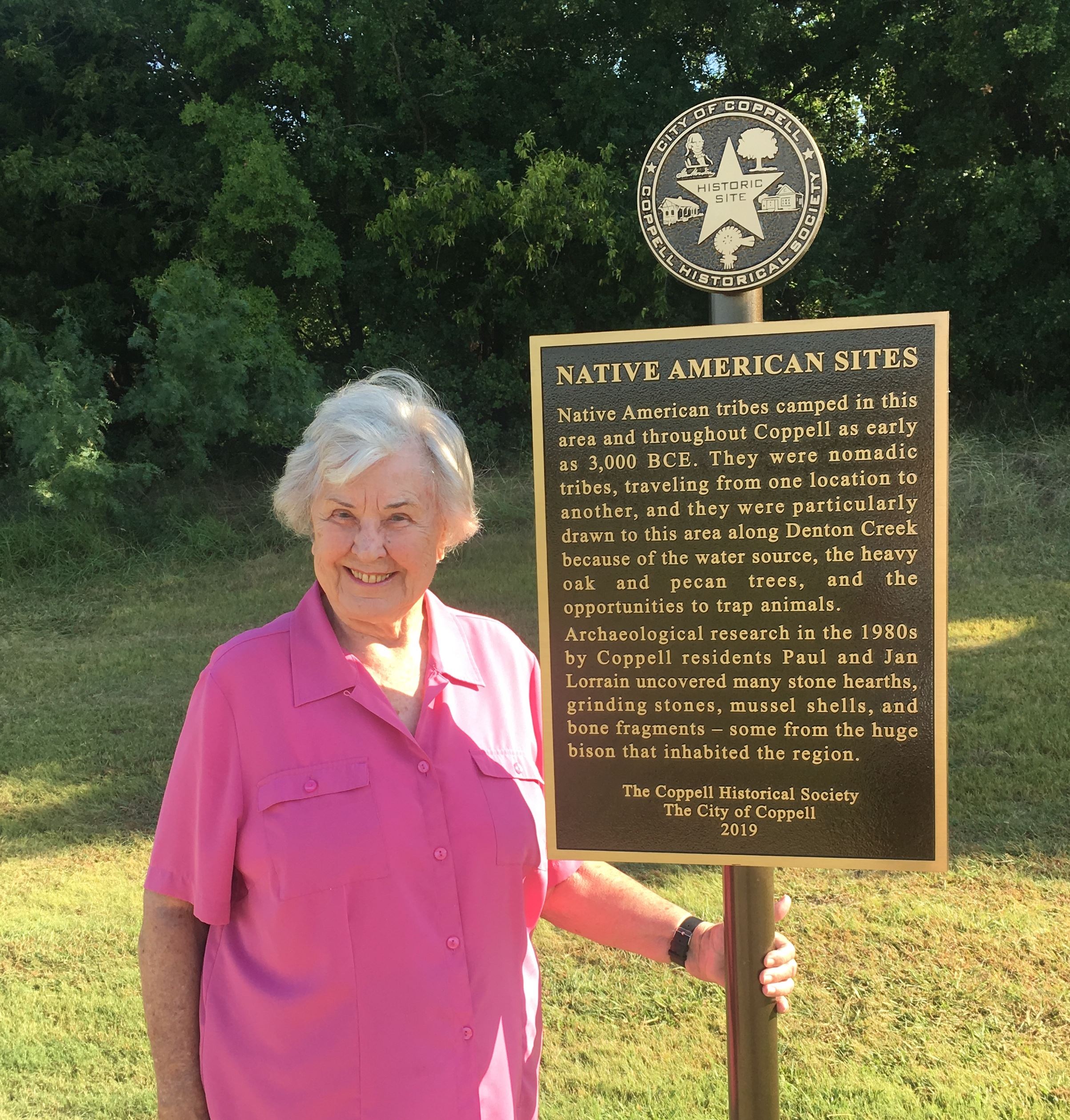 You might find local volunteer Jan Lorrain tending to her plot in the Old Town Community Garden, teaching others about all things Coppell as the Coppell Historical Society Treasurer, pulling tickets as a Theatre Coppell volunteer or keeping a watchful eye on her neighborhood as a member of both the Citizens Police Academy and Citizens on Patrol. What you won't find her doing is standing still.

The active senior and long-time Coppell resident has a philosophy to always stay active, have gratitude, and give back to the community.

"Keep yourself active because this is the life you have and you might as well take full advantage of it," she said. "Meet as many people as you can and do as many things as you can as long as you can do them."

These intentions for her on-the-go life of service were set as a young woman growing up in a small town in Ohio. An interest in history, archeology, and ancient cultures made her take advantage of the opportunity to travel to Mexico City as a part of a cultural exchange program during her junior year at Ohio State University. The six-month stint living with a middle-class family in Mexico City, overcoming language barriers and immersing herself in another culture not only jumpstarted her passion for historical preservation, but also cultural inclusion.

"It was a wonderful, shaping experience," she said. "They made me feel like part of the family and I think it led me to be more understanding of people who were of a different culture than I was."

Years later, after moving to Texas, raising her three children, a career in the legal field, and settling down in Coppell in 1986, that experience influenced her involvement in the Texas Historical Commission, the Coppell Library Board and Cultural Committee and most recently, Allies in Community.

The Allies in Community program, established through the City of Coppell in partnership with DiversityWeath, brings members of the community and city staff from all backgrounds and cultures together to talk, share, build bridges, promote civic engagement, and help create a more inclusive environment for all Coppellians.

From the discussions to the hands-on workshops and overall cooperation with her cohort members, Lorrain said her time as an Ally was unlike anything she had ever experienced before. One of the highlights was an Allies-run station at last year's Kaleidoscope celebration where visitors were encouraged to place a pin on their hometown on a world map. It was later revealed that only one country was left without a pin. Another high point for Lorrain was the end of the session wrap up, which featured a one-minute speech from each cohort member detailing their personal words to live by.

"The dialogue was amazing," Lorrain said about her overall experience with Allies. "It was one of the best workshop learning sessions that I've ever been involved in. It makes you realize that we are becoming a global world. We all need to take the opportunity to enjoy somebody else's culture instead of resisting."

While Lorrain believes the first cohort of Allies in Community brought 32 would be strangers together in a truly exceptional way, one thing she hopes for the next cohort is representation from the younger generation. Teenagers have a unique view of the world that older people do not, she said.

"I encourage people in the community to participate in Allies," she said. "Everybody would get something out of it."

Learn more about the Allies in Community program at coppelltx.gov/allies.