Cypress Waters is a 2.5 million square-foot - and growing - mixed use development in northwestern Dallas near North Lake and Dallas Fort Worth International Airport. The City of Coppell wraps around Cypress Waters, which sits just outside the Coppell city limits to the south and east. Once completed, the development, which fronts Lyndon B. Johnson Expressway and Belt Line Road, is expected to include 4.5 million square feet of office and retail space, 10,000 multifamily residences, three schools, parks, trails, and a town center area across 1,000 acres.

The land was purchased for development by Billingsley Company in 2004 and was one of the last undeveloped pieces of land in Dallas County. Construction of basic infrastructure including roads began in mid-2013, followed by the first office building in the $88 million corporate campus - the anchor of the development - in early 2014. As of late 2019, Cypress Waters is still less than half completed.

Read the City of Coppell & Cypress Waters: Summary Report to  review the history, major elements, decisions, and outcomes that led to and resulted from the development known as Cypress Waters.

Select any of the following categories to view related FAQs:

Cypress Waters is located just east and south of Coppell City Limits in the City of Dallas as shown in yellow on the map. 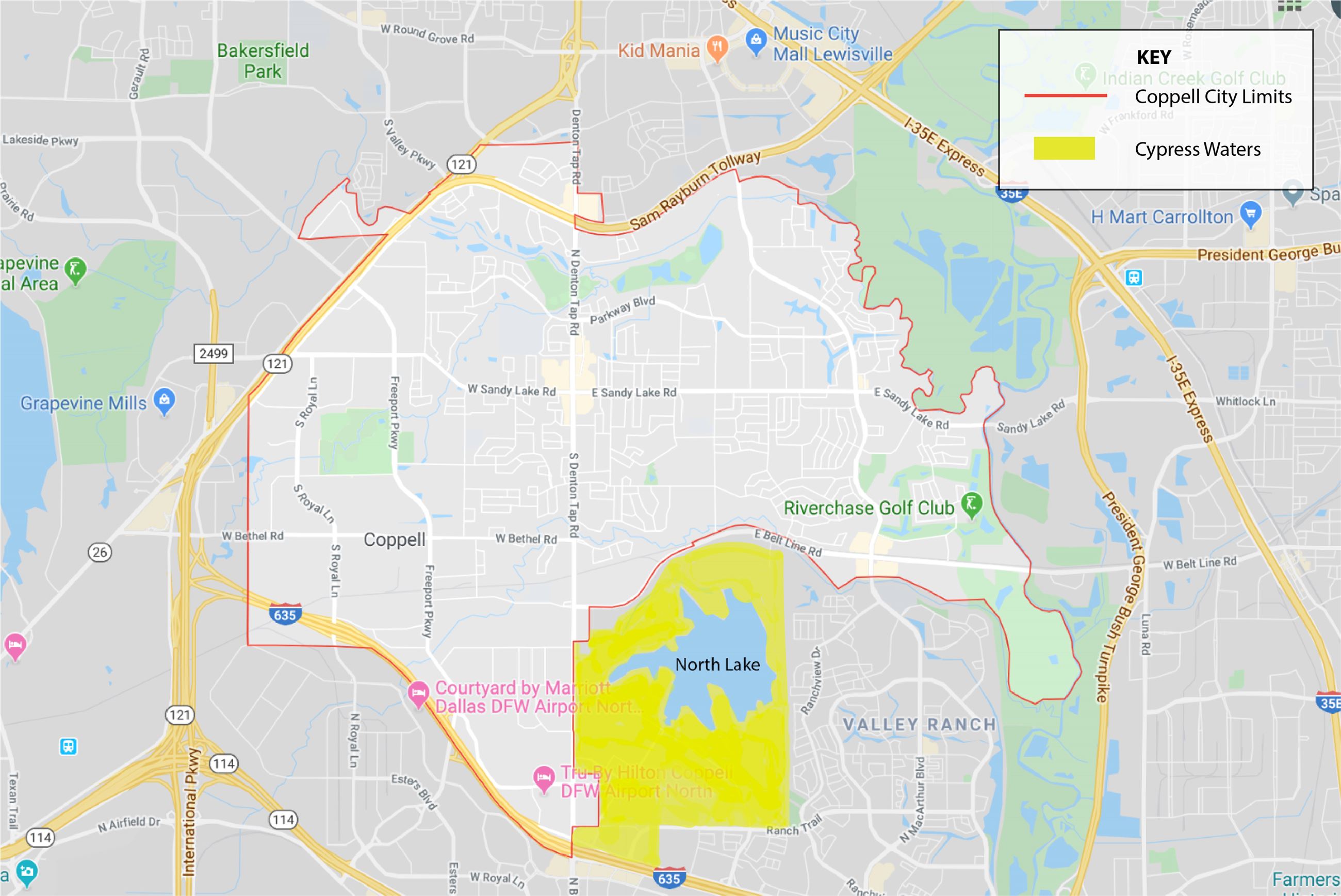 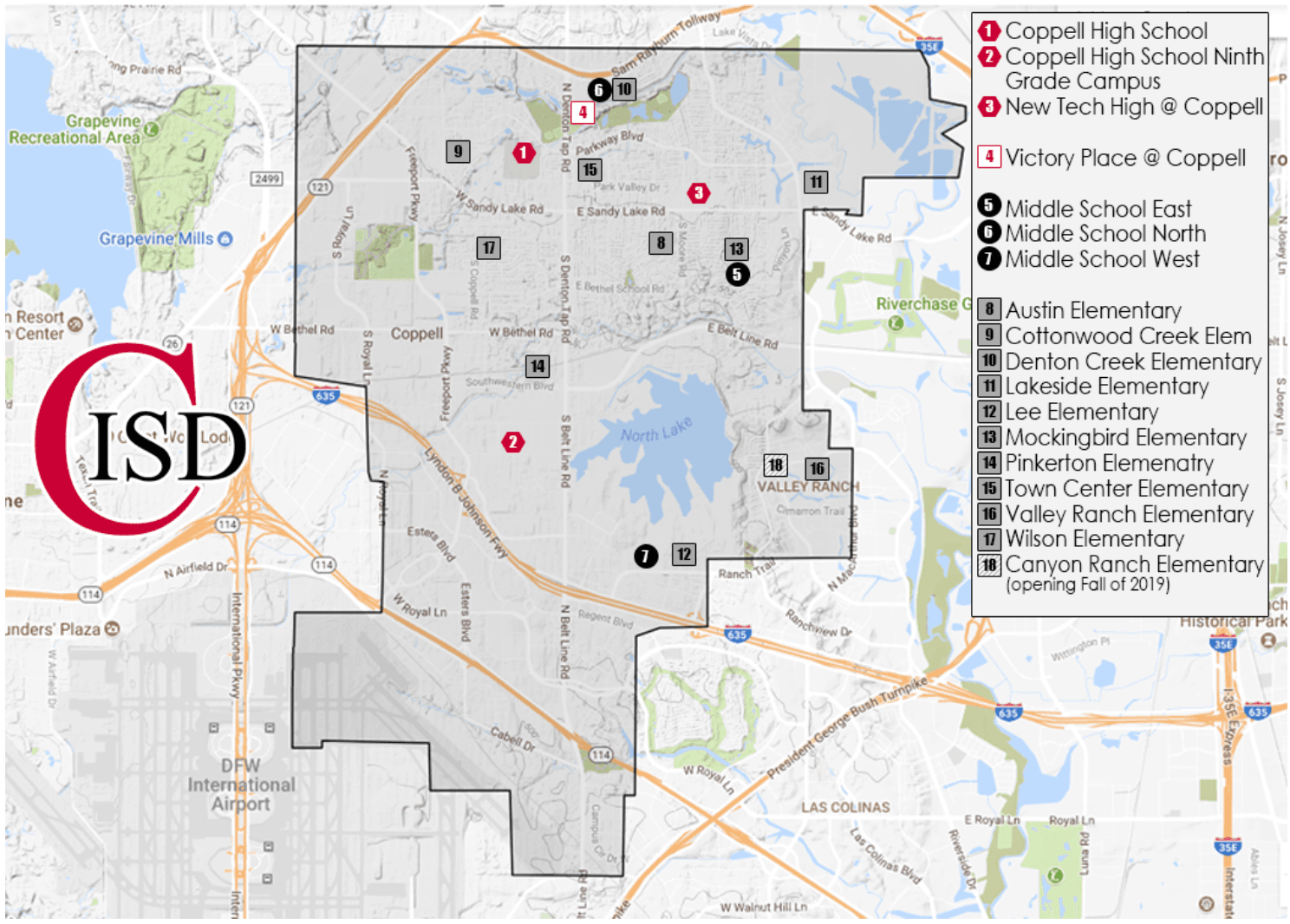