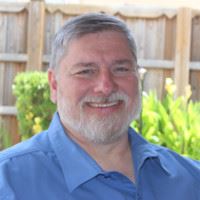 In a time when everybody could use a little extra support, servant leaders are the first to lend a hand.

As an Army veteran and nurse, Coppell volunteer Scott Wells has dedicated his life to serving others. He worked in emergency rooms and intensive care units for 18 years before earning a master's degree in public health and shifting his focus to research. Now, in the midst of the COVID-19 pandemic, he's taken on a new role screening travelers at the Dallas-Fort Worth Airport quarantine station.

As one of the points of entry into the country, the quarantine station at the Dallas-Forth Worth Airport is new in response to the pandemic. Wells is tasked with determining if, after an initial screening, a passenger needs a more extensive screening.

There are a very small number of travelers right now, Wells said. But, we're preparing for an influx of people in the coming months as restrictions start to ease.

Many of Wells' volunteer efforts mirror his professional life of responding to crises. He has signed up for Team Rubicon, a veteran founded and run disaster and humanitarian crises response group. He is also a member of the Dallas County Medical Reserve Corps, which provides public health support and has set up a phone bank to allow for questions and accurate answers regarding COVID-19.

However, his involvement in Court Appointed Special Advocates (CASA), where he has been trained to be an advocate for the best interest of children involved in the foster system, and Allies in Community, a relationship building and civic engagement initiative through the City of Coppell, has allowed him to serve his community in a different way.

When I worked in a hospital everything was reactive, he said. Allies and CASA are more proactive. We're trying to prevent things from happening.

Wells has seen the community grow and change since he and his family moved to Coppell in 2008, and Allies in Community helps to address these shifting demographics by simply bringing people of various backgrounds together to share, listen, and connect. Through a series of meetings and hands on workshops with a focus on servant leadership, participants are learning about the resources available in the community, what needs are not being met, what they can do as a group to help, and how to truly be an ally for others.

In addition, the volunteers are finding an opportune and welcomed source of support in each other during this taxing time in the world when they as servant leaders need it the most.

Even though we have friends and family, it's very timely that we have this extra group there to lend support, Wells said. We're reaching out to each other saying, 'hey, are you okay? Is there anything I can do for you?' It's another valuable resource on how to deal with the pressure and stress of what's going on.

As with many group meetings and events right now, Allies in Community has found a way to keep the good going by connecting virtually. Meetings on Zoom have allowed for interactive discussion and the group's usual end-of-session presentations are still planned for later this month in an online setting. Wells said he can sum up his Allies experience as overwhelmingly positive.

We're working toward a common good and it's fantastic, he said. We've developed relationships that will make us better people and members of the community. Those things wouldn't have ever existed before Allies.

Do you want to be an Ally? Visit the Allies in Community page for details. Look for more information about applying for the next session on the City's website and the City's social media accounts this summer.